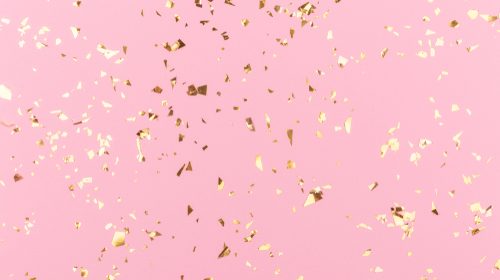 Despite the fact we all like Maps and Schemes, I’d like to make a few remarks which I think we should consider whenever we use them.

The consequences are that Biology studies life on a death body, Physics studies ‘building blocks’ leaving awareness out of the equation, Pharmacy studies medication for humans on animals and Medicine misperceives the messenger for the disease.
True that there has always been people who understood the interconnectedness of all things and last decades there is more and more scientific evidence to back this up but so far it hasn’t changed mainstream science yet. One could even say the much promoted so-called ‘Evidence Based Medicine’, which is not evidence based at all but rather a religious slogan, is a step back in time.

First observation: in nature we have no Maps or Schemes; they don’t exist because… well, they’re just not there. There are no strict lines, margins or boundaries in the natural world. For our convenience we chopped nature up in parts in order to investigate it ‘scientifically’; you can’t research everything at the same time. By doing so, the chunk gets disconnected from the whole, of which it is nonetheless an integral part. We are all aware of this but don’t seem to worry much about the consequences, profound as they are. And if we do, we leave it to philosophy to deal with those problems, in order to allow ‘science’ to go on with its work.

In a holistic healing system, dividing reality in parts and call it ‘specialities’ doesn’t work. We are forced to take the whole into account if we claim to try to treat the root cause of the disease. This hardly ever seems to be a local problem of a single organ, hormone, enzyme, or gene. When it is not local, it is general; when it is general it includes the whole organism; when it’s about the organism, it’s about relationship and communication (Cfr. G. Bateson).

Second observation: in human society: maps everywhere! When we cross a border from one country to another, it doesn’t go unnoticed. Even when there is a smooth transition, because the rigorous controls are abolished, setting a foot in another country is a whole different experience: the buildings are different, the road signs, the shops, the language, everything makes it clear you  just passed a border between two different worlds.
The organisation of society requires separating different  fields: economy, politics, finances, education, health care, social services, culture and the like. In school we are trained to chop up everything: an hour language, an hour math, an hour geography, an hour art, an hour chemistry, all of them having nothing to do with the other. Our reality is stored in different folders, different buildings, different institutions with Maps and Signs everywhere. In this way we can orient and organize ourselves, have an impression that we know where we are and what we are doing.

Going out is nature it doesn’t seem to work that way. And without maps everything seems to go smoothly, communicates very well with everything in the environment, signals and reacts and keeps a balance where life is good for everybody and everything.
Even the so-called different Kingdoms are very hard to define. Obviously, we have Animals, Plants, Elements, no one will doubt that but…. When we look for the boundaries, they turn out to be rather fuzzy or even non-existent. Can you tell where life begins and ‘anorganic chemistry’ ends studying hydrocarbons? Are we to put viruses with the living or non-living phenomena? Where does the rock end and the plant begin in Anemones? Where does the Plant ends and the Animal begins in Carnivorous Plants?

There are always these transition-beings with characteristics of both the Kingdoms they bridge.
Why would that be important, you might ask?
In homeopathy we’ll then observe symptoms of both kingdoms, what is the problem?
Nothing really, only that I wanted to point out that such a thing as a Map of Nature doesn’t reflect the reality of nature but our human tendency to Map. In other words: to name and divide, where there is neither name or category. Naming and dividing are what I called earlier in the ‘Charm of Homeopathy’ our symbolizing acts: naming something and defining it actually means we are making a mental picture, a symbol, and agree on its characteristics in order to communicate and manipulate it.
But the symbol is not the reality.

Some say it’s only smoke and mirrors out there. Some say it is all energy. Or all information. Or vibration.
All of them are right, I guess.
But what does it bring us to say those things?
The point I want to make is that Maps, including or should I say in particular, the “Vital Approach Map of Homeopathic Families” are nothing more than an indication of the area where your patient resides, for instance: ‘somewhere in 3D along the 3rd or 4th Row’, or ‘in the area of 2D in the lower regions’. That is one reason some Families are listed on two different rows (like the Gems stones or Birds) or why you’ll find Orchids to be ‘between Commelinidae and Lillidae’. Every substance or species will contain some characteristics of the ‘neighbouring group’ as it is not a circumscribed lonely phenomenon but one that has a particular cluster of characteristics that makes it different from another one.
An example I used in previous books: if you drop water in wine drop by drop the wine will get more and more diluted but at what point can you say it’s no longer wine in your glass? What is the defining drop that makes wine ‘no-longer- wine?’

Is this relevant for the homeopath?
First it spares you from discussions which Map is ‘right’. Since the differences they display are minor, they basically reflect the same distribution of Families. The more they are based on cases (rather than on theory and deduction) the more accurate they might be.

Secondly: it reminds is we are talking symbols, not ‘reality’, as there is no such thing. We agree on a set of symbols in our education, and call it reality. When you read in one book that the second column of the Periodic Table is symbolized by the birth process and the separation from the mother happens at Oxygenium, while I write in ‘Beyond the Glass Screen, a survey on Ozone’ that birth happens at Carbon: it is good to keep in mind that both explanations are symbolic. They are meant to help the homeopath understand and remind the remedies, not to plunge them into endless discussion which one is right (and become member of the group who is….)

Third: it should relax the homeopath knowing that the fuzzy or non-existent boundaries means he can more easily approach the right territory with a good map. It’s no longer ‘this or that’ but ‘somewhere around here’. His homeopathic skills will them allow him to dig up the substance he needs.
The Map is meant to make your life easier, not more difficult. Used with these notions in the background, you’ll be surprised how much help it will offer.