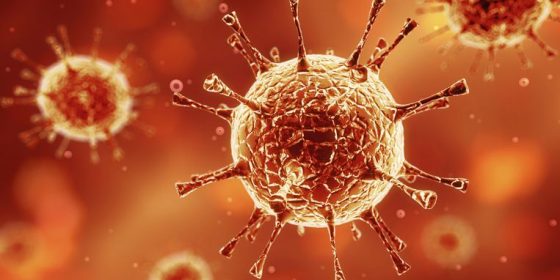 While everybody is still asking what is going on it seems like, in the midst of the hypnosis and hysteria the first and fundamental question is forgotten.
This question is: do viruses cause diseases? Do Bacteria or other ‘pathogens’ cause diseases?
As natural healers we know they don’t; it is the false premise that benefit a medicine aimed at profit. It bases itself on the findings of Pasteur, who at his deathbed claimed his life-long defended theory was wrong and his competitor Déchamp was right, a fact that conveniently is left out of history (at least the Wikipedia distortion of it). Déchamp argued that only in a welcome environment bacteria and viruses can grow; translated to the human body, this means that the conditions for overgrowth must be fulfilled and the defends mechanisms failing.

If we accept Pasteurs’ late and Bechamps early insight, namely that it’s the environment that  determines whether a person gets sick or not, then why are  we bombarded with horror stories of a lethal virus and consequently locked in our houses and taken away all our freedom ‘for our own good’?

The very fact that we see on tv people die ‘of the virus’ doesn’t prove the validity of the idea that viruses are dangerous killers; it rather demonstrates how depleted a person’s immunity must be that even a simple innocent virus can  become life threatening.

How then could it be that the richest countries are hit the hardest by this virus? They have the best medical knowledge and facilities, the circumstances are hygienic and the population is well fed.
As medicine never  bothered examining the immune system (except, rather ironically, for how to suppress it, as a ‘cure’ for diseases) , little of it is known, no money invested  in research, let alone effort put in enhancing it.

However: the ostracised natural healing systems all share this core conviction, no matter what specific wording or modalities they use: when a person has a strong immune system, it can deal with whatever pathogen that passes by.

Could it be that the richest are hit the hardest, not solely by a virus but by the ongoing assault on people’s immune system? Could it be the natural consequence of poisoning the land, the water, the air, the toxins in food, vaccines, building materials, cleaners, cosmetics, medicines, the list goes on and on, up to the point that  it is hard to find something that is not polluted.

We are also world leaders in a life style of continuous stress: noise, stench, speed, the rat race in which we trapped, the competition from Kindergarten on, the financial pressure, the all-present drugs, the distraction of media, the emptiness of consumption of useless junk,  and so on and so forth.
We live in sick buildings with no connection to nature, hardly get healthy movement or genuine pleasure. Our energy bodies are depleted and starving because they can’t be replenished.
When you think this is all: consider the electromagnetic stress, the collective stress of the desperate, fugitive or famished masses, the disconnection from higher or religious ideas, the meaninglessness of this ‘random’ life, the destruction of family support and togetherness.
And I didn’t even mentioned G5 here.
With so many adverse circumstances assaulting our immunity, most of us have only very little capacity left.

And then comes a virus.
You can guess what happens. In fact, you don’t have to guess: every year we have a new flu virus traveling from east to West in winter time. The ones with weak immune systems fall ill, the old, sick, and heavily medicated ones die.
But this one is not only supposed to be a new one (like every year), it is a NEW corona virus and it is very dangerous!

The whole world could see how Wuhan, a city of millions was locking down, because of this very contagious new disease. It was preparing us well for what was coming and make it easier to accept that ‘we too’ need to ‘protect’ us against this virus by doing the same.
In order to impose on people draconic measures, you must scare the wits out of them. We were shown how health-care workers, in astronaut-like outfit, worked day and night to manage endless streams of dying people; bodies lying in the overcrowded hallways, new hospitals being built in a week to lock up the sick. It was horrendous.

But even if we believe the NEW virus was a bat virus that killed people by the thousands, it didn’t work out the same once it arrived in Europe. It even seems to behave different according to different countries and again different from the USA. Nothing like Wuhan scenes over here, where people collapsed on the street (from a virus?, walking around in the city?), trucks loading dead bodies, screaming people dragged by 4 men out of their house.

The logical question is then: is this the same virus?
If so, why these differences?
If not, what is it then?

We know the nocebo effect is underestimated in medicine, but maybe it works great for the intended purpose: show on tv, over and again people suffocating slowly, even on ventilators; let eyewitness, nurses and doctors tell that it is like slowly drowning, and there is nothing they can do, that there are not enough ventilators and they have to decide who is going to live and who is going to choke, and you scared the hell out of people.
Fear and panic are another powerful attack on the immune system. Maybe the last blow it needs to collapse….

If we would investigate the immune system of the people who don’t even get symptoms from this so called COVID 19 (not surprisingly children and young people, and maybe people on a healthy diet, and lifestyle, no vaccinations or medication as well), the results could be revealing.

But, but, but!!! you’ll say: viruses do exist, don’t they?! You can’t deny pathogens do cause diseases: what about the pest, malaria, syphilis, tuberculosis, leprosy, the Spanish flu, HIV and so on!!!!
Of course, ‘pathogens’ do exist, most of them we carry in our bodies (those not tinkered with, I mean) and do no harm as long as we keep ourselves in optimum health (which is not easy in an environment that is aimed at weaken us to the maximum) .

But, but, but!!! epidemics occurred throughout history, didn’t they? That are well documented facts!!! And they caused millions of deaths!
I agree completely, I’m only arguing that it would be an interesting exercise to investigate and rewrite history from the standpoint that ‘it’s not the pathogen, it’s the environment’. Maybe it’ll show that undernourished, drugged, unhygienic, exhausted, and traumatized populations first and foremost fell ill.  And that obviously not everybody died of terrible plagues. The most important question and field to investigate, if you want to learn how to stay healthy, is to find how why those were not affected or survived. These are the case to enlighten us, not the drama of the deceased.

Now back to the so called COVID 19 (that, according to some authors, does not exist, is a hoax, cannot be differentiated from other corona viruses and is by no means a natural mutation). When  people tinker with viruses for biological warfare (I’m not telling anything new) and then it got released or it escaped, we are not dealing with a ‘disease’, we are dealing with a attack on our integrity that can only be  compared to poisoning.
And if it is poison, why would it have to be the same poison everywhere? And since everything is smart, couldn’t it be a smart poison?
It seems to have preferences for males, Asian, black, and old people. In some sick people , it seemingly subsides, only to return in a few days, provoking a potentially lethal cytokine storm (another result of a weakened immune system), in others it prevents their body to drag the oxygen from their lungs in their system. Some people have severe headaches, or fevers, or cough, or shortness of breath or loss of taste and smell, or exhaustion, or belly ache, vomiting and diarrhoea, or a combination of these. Does this seem like one and the same disease to you? Or is it a versatile one that gives a different reaction according to the condition and medication of the patient?
Smart indeed.

And maybe some of the heroic interventions (corticosteroids, ventilators, antibiotics) of the health care workers, combined with the denied presence of MRSA in hospitals, might hasten the end as well.
On top of that, we are made to believe there is no cure, no solution, nothing that can be done.

Many of the fatalities shouldn’t have happened. If the information spread by the media was transparent and unbiased, instead of horrifying the population with numbers of deaths, and terrible stories of suffering and dying alone, they provide people with effective aid.
Homeopaths cure patients, Chinese medicine cures patients, intra-venous vitamin C saves patients even in the ICU, chloroquine has positive effects, and every natural healer can tell you the do’s and don’ts for strengthening the immune system.
When the case is acute, already coming down with symptoms, the holistic and homeopathic remedies are the best chance to support the system in dealing with the problem.