How close is close enough? 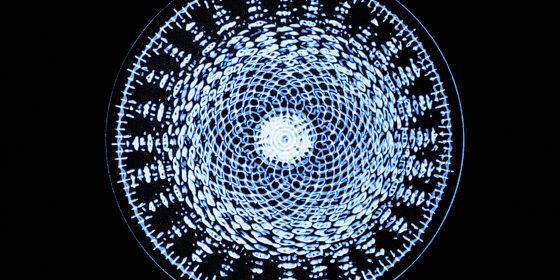 A good image to illustrate how ‘close’ a remedy should be is the Mandelbrot set or the idea of fractals. One of the monsters of mathematics was that one cannot really measure, for example the coastline of the UK. It depends on the yardstick one uses. With long yardsticks one can measure the general outlines while using shorter ones the number will be larger. The more, shorter yardsticks one piles up, the bigger the pile becomes and so the result. If yet another shorter yardstick is used again more details are measured, a bigger pile and a larger number is the result. No matter how often one repeats this procedure, until the coastline disappears, the outcome will increase with the details measured. It seems to me that in homeopathy a similar process is at work. When we use large yardsticks, let say 20 polychrests we can make large numbers of forms and patterns that most of us will recognize, although they will be crude. Think about drawing a person with only 10 lines and it will be clear what is my point. More yardstick means more details and so more precision… but never the ultimate outcome. This means whether we use few large yardsticks or more shorter ones, we are still trying to draw the pattern precise enough that it can’t be confused with another one. The UK remains the UK, regardless of our measurements.

In previous articles I argued that homeopathy is basically pattern matching:  the pattern is the state of the patient matching with the pattern of the remedy. Strangely in homeopathy these patterns are constructed by connecting dots and these dots are the translation of anomalies, or the SRP in our jargon, verbalised by the patients or the prover.

What a complicated procedure, full of pitfalls and difficulties! The ‘dots’ are based on interpretations, or one could say understanding. But no two homeopaths seem to understand the same in a given case. I’d like to call it a combination of witnessing and observing, although this isn’t completely right either. If it was, homeopaths would describe what they witness or see in the same way, and they don’t. It is a matter of training to know how to spot a dot and making a pattern out of them. The same applies to your patients as to the coastline of the UK, the shorter your yardstick, the more dots and hence the more precise your pattern/remedy will be.

What about provings? How precise or detailed are they? In general we have bits and pieces of a pattern, details while the overall pattern often is missing. The same goes for the remedy pictures in the Materia Medica. All the rubrics are bits and pieces, sometimes making a coherent pattern but more often than not it’s nowhere to be found. We can have 20.000 details of Sulphur and still missing the overall picture. One of the reasons could be that all lengths of yardsticks are used together, instead of the longest ones first, that the next ones and so on. The long ones and the very short ones are mixed: what pattern can come out of this? And most importantly: how do we differentiate between the long and the short?

This means there is some work to do before we can move to the next level in homeopathy. We evolved from 3D homeopathy to 4D in the nineties (understanding the state of the patient) and from 4d to 5D in the first decades of the 21st century, where the state was approached with love and compassion. Moving to 6D where we have an overview, seeing the whole picture, in other words the pattern, is the challenge we face today.