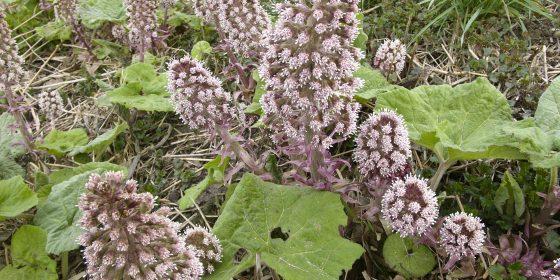 As ‘normal’ life came to a halt with a screech, everybody tries to hold on to some explanation of what is going on. Homeopaths make no exception: everybody hurries to present a theory and a solution, mostly in the form of a list of indicated remedies. And as usual in our community, there are as many theories as there are ‘authorities’ to spread them to the public, who then choses their favourite believe system and according solution. This is not a criticism, rather an observation.
The most amazing, I always found in those decades of being immersed in homeopathy, is that everything works. Another observation everybody can make.

While it is always a sort of megalomanic endeavour to explain what is going on in the world, minding the complexity of it, it’ s a common human need to make sense of the mysteries surrounding us. It became increasingly clear to me in case taking that the patients report is only an attempt to explain (away) the way he feels, although the state of a person can not be ‘understood’.

While homeopathy needs to be understood, this means the philosophy and depth of it, the patient by no means need to be. What we attempt to do, despite all the explanations that blur our clarity, is to observe the state in front of our eyes. It makes a pattern, a coherent representation, and no random collection of ‘rubrics’.

This patterns differs fundamentally from a psychological cause-and-effect reading of the patients’ current state. Psychology attempts to explain, accept and finally integrate the explanation. Knowing why you feel miserable might help a bit (it’s not your fault, it’s not a failure) but it doesn’t take it away.
Homeopathy attempts to observe, witness and understand the behaviour and existing feelings in that light, as one possible expression of an underlying state. But it never explains the state. People with exact same circumstances or childhood experiences all process this in different ways, according to their state. In previous blog posts and my book ‘Homeopathy: Strange, Rare and Peculiar’ I argued that the state is first and the circumstances are next, cfr: nature over nurture.

Back to the state the world is in nowadays.

When we homeopaths use our observations of the outside world and the parallels we find in the ontogenesis and the phylogenesis, the Periodic Table serves as a template: from the first element with only one electron to the heaviest elements that fall apart as they can no longer bear the pressure. The Periodic Table reflects the journey of man during his lifetime. In the Table of Plants we can see the development of men, out of the oneness towards the ultimate individuality of ego-consciousness as reflected in the evolution of Angiosperms.

Interesting is that the evolution ends with the Asterales, symbolizing the most individualized entities, however with the awareness of being all together in the same boat (flower). In taxonomy it’s the last stage and homeopaths agree that humanity as a whole finds itself exactly there: ‘individuality versus cooperation’. Asterales symbolizes the column with dominance of the masculine energy. Believing in separateness and competition we end up by ‘every man for himself’, more or less the state we’ve evolved into. There is no next step in the Plant World, it is the end stage.

From the Periodic Table we can deduct that, as row 7 shows, what logically follows; disintegration, the falling apart in original building blocks and starting all over again. That belongs to the Second Dimension, the laboratory of life, where parts come together, react, make new combinations and disintegrate.

In the Third Dimension though we have another option; thanks to our free will. From the Asterales on, there seem to be only two (invisible) possibilities: destruction or transcending. The first possibility is feared and predicted by many, who think we’ve damaged this earth beyond repair, and we are all heading to the apocalypse. The other possibility would be starting anew on a higher octave: realizing our fundamental oneness but keeping our individuality. This requires the dropping of the narrative that brought humanity to the edges of the abyss and realizing individuality is a beautiful gift as long as we’re not separated from our source.

The remedy I was given for the COVID 19, even before it arrived in Europe was Petasites hybridus (in homeopathy named Tussilago petasites): not surprisingly a member of the Asterales family. Maybe it’ll help up making this jump from the end stage of Plant evolution in to the unknown. We don’t know what lies ahead. But as the other possibility is total destruction we better this chance, as scary as the unknown may be.

Petasites hybridus is an unknown remedy in homeopathy as well, this means the little information there is to find, doesn’t seem to be accurate and by no means complete. In the scientific literature it is known to contain medicinal properties and is used by fever, chills, cough, bronchitis, asthma, migraine, upset stomach, the rare PAP, Pulmonary Alveolar proteinosis with symptoms like shortness of breath and lack of oxygen (affected more men than women!) and as a cardiac tonic.

Many homeopathic remedies cure people with Corona-like symptoms; this is the great contribution of homeopathy to the sick and the mission of homeopaths around the globe. Maybe Petasites Hybridus deserves a place in the list of remedies that may help transitioning from the end stage of the Asterales into the unknown, higher octave; where we start over with the awareness of our oneness and the charm of our uniqueness. Maybe this will help to realize that whatever we do onto another we do onto ourselves, hence we can no longer allow inequality, injustice, hostility and exploitation. We’ll come to our senses and stop killing, people and animals, we no longer poison our Garden of Eden but instead, with our unique creativity, contribute, each in his own magnificent way to make the More Beautiful World our Hearts know is Possible (Cfr Charles Eisenstein)