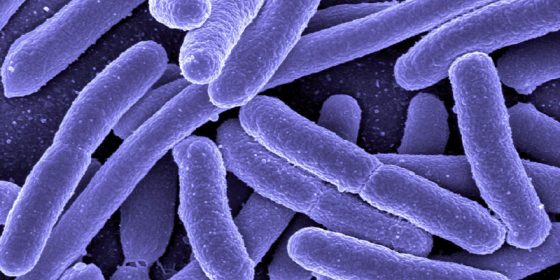 As explained in a previous post, when we analyze a case and concluded we have a 2nd Dimension cases, still several possibilities remain open. It could be an Element, a Rock or Stone, a Gem stone, a Sarcode or a Bacterium.

The latter group has very distinct characteristics and is indeed hard to miss once you’ve seen a few patients. The basic issue is all about health and disease: the patient feels ill and has been ailing all his life; therefore his efforts to get well are never-ending.
Of course many patients talk about their physical complaints in the beginning of the interview and some will even limit their information to physicals because they think that is all you need to prescribe on. But the overwhelming majority of patient will switch spontaneous from ‘my problem’ to ‘me’ and generalize their experiences and sensations. Not so with Bacteria: they keep talking endlessly about all their physical complaints. Often they will have many different ailments, with vague or common symptoms, which lead not surprisingly to many equally vague diagnoses: Chronic Fatigue Syndrome, Fibromyalgia, IBS, Leaky Gut, Lyme disease, Burn out, ME, Bursitis, Tendinitis, B12 deficiency, Wheat and Gluten intolerance, Lactose intolerance, Allergies, Hypersensitivity, and so on. Often these will accompanied by lack of energy, lack of vital heat, flu-like symptoms and wandering pains. It will strike the alert homeopath that the diagnoses don’t really match the suffering of the patients. There might be overlaps but they don’t fit. Sometimes it appears they actually display the symptoms of an acute disease chronically (in which case the Bacteria causing this disease is their remedy) which in reality doesn’t exist. There is no such thing as chronic measles or mumps. But homeopathy is always prescribed on ‘as if’; not on facts.

Some patients might only have one complaint, although this is rather rare, but still it will fill the whole consultation. I recall a patient who felt tired, achy, and feverish, with continuous headaches and inflammation in the upper respiratory tract. She had it off and on for most of her life and tried everything thinkable: every diet from the books (from macrobiotic to ‘fruit only’), took a fortune in supplements, had a restricted and structured life with rest and warmth guaranteed, but to no avail. She had half of a dozen diagnoses as well. You see: these patients go from the one doctor to the next therapist since orthodox medicine hasn’t much to offer. They are too well to have acute treatment and too sick to have a normal life, so they tend to search for relief in the alternative circuit. Most likely they have visited or are still visiting many other therapists before seeing a homeopath. They might have tried fasting, colon cleansing, detox treatment, supplements, and all kind of panaceas. With some patients you wonder if they never get bored by all those books on better health or therapies or… do they somehow enjoy it?

Being quite primitive organisms (which doesn’t say anything about their IQ nor character) Bacteria have an interest in very basic things: eating, growing, becoming strong. It is no wonder then, especially with one food trend after the other in the media, they display a endless interest in food. It has this peculiar feature though: food is necessary for thriving, health and strength. Hence it must be the right food in sufficient amounts and fit for the patients’ special needs. They won’t go anywhere without taking food or make sure they can get enough of the right food at the right time. Often they can’t bear be without food or feel completely recharged after eating.

Some of your patients might complain or be embittered by not being helped despite all their efforts, some seem to have kept up their hopeful attitude to find a solution and to get better one day. This is their main goal in life, so it seems: to get at least as healthy as all normal people are. That is their yardstick: be normal and be able to do what normal people can, be it walking 10 km, working 8 hours or eating a portion of French fries.

This is by the way the DD with the ‘normal of the 4th Row Minerals: they mean to be able to lead a normal life: go to work, earn an income, marry and have two children, buy a house, buy a car, save for your pension, go on holidays twice a year, follow the rules. They want to be normal citizens and even when ‘health’ is part of the whole picture of needing security, it is not the only core issue.

The syndrome(s) the patient talks about are rather debilitating than threatening. They feel weaker, have less energy and less stamina than the average person, but they are not suffering for fatal diseases. Because their complaints restrict their life, they can actually have a full time job just to manage to get by: work less, rest more, be careful with food and all kind of triggers, take their supplements and medication and see lots of therapists. But what never seems to exhaust is the will, the optimism and the determination to become better and stronger.

Next post I’ll go into the outstanding, peculiar and hard to miss mindset of Bacteria.

You can also read articles of my hand on Nosodes or check my books.