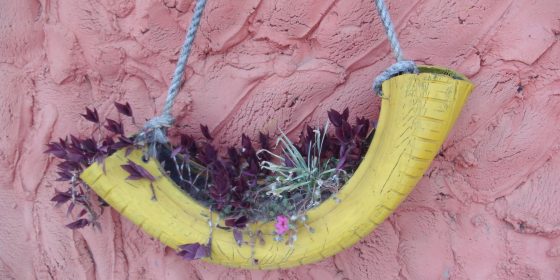 We haven’t mentioned the symptoms produced , as Hahnemann already did in his Organon of Medicine. These are not to be considered ‘natural diseases’ (which equals our vital disturbance, our way of being, our unique expression of consciousness) and to be differentiated from ‘artificial diseases’ caused by not suitable homeopathic remedies (which are temporary and not harmful) or caused by allopathic medication (the worst of all, according to Hahnemann).

Disease due to lifestyle are basically the result of unhealthy conditions, be it hygienic, climate related or nutritional. Strong constitutions can withstand bad conditions longer while weaker ones will produce symptoms earlier. If the unhealthy condition is virulent the majority of people will succumb and when outright poisonous all will be harmed or worse.
Hence in Hahnemann’s time the effect of for instance mercury or Belladonna couldn’t be denied; in our times with over 250 unnatural and harmful residues detected in our bodies from slow, insidious en continuous poisoning by pollutions in the air, the water, food, vaccines, cosmetics, furniture, toys, clothes, houses, drugs, everybody is bound to be affected in a greater or lesser degree.

In Hahnemann’s time it was possible to give life style advice but this has become much more difficult nowadays as many damaging influenced can’t be avoided.
This is probably one of the reasons why we get much more complicated cases with unclear and multiple diagnoses, responding slow as a result of a depleted vital force.
We also see more of what I’d call ‘artificial cases’ who require remedies like Aspartame, MSG, Glyphosate, Methylphenidate, etc, not as a detox but as a constitutional remedy.
‘States’ in people appear synchronous with the ‘remedies’ needed to cure them as they are resonances of each other. Remedies in this way reflect the times and places they are needed most.

By the way: this is one more argument in the discussion whether we need all these new remedies since the old masters sufficed with a handful of classical remedies. They lived in a different world (maybe similar to developing countries now) and I believe we do need these new remedies for our today modern world.

Having said that: detoxification also plays an important role in the treatment of our nowadays patients and a growing number of homeopaths would start their treatment with a  ‘homeopathic detox’ before giving a constitutional remedy at all.  (Nandita Shah used to start with a balanced vegan diet for her patients, only to find out that most of their symptoms disappeared without ever needing a remedy). It probably makes little sense to  prescribe the similimum for patients suffering from diabetes, post vaccine syndrome, hormonal disturbances sleeping problems, IBS, allergies  and many other symptoms without checking if these are not resulting from medication, hormone therapy, food additions and bad diets. Not only is there little change to bring about a positive reaction, the homeopath is exhausting himself while the patient is kept either unaware or irresponsible for his troubles.

As we thus covered the understanding of the 2nd and 3rd dimension characteristics in our patients, the importance of the context, the mythical level for prescription, the noetic remedies, noetic potencies, toxicity of our patients, and other healing modalities, we can  conclude that all this together stands for the ‘noetic approach’.

How this is applied in daily practice is for a next time!