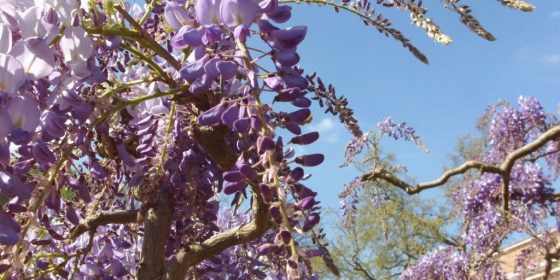 When you searched the internet for the meaning of the word ‘Noetic’ you may ask yourself: ‘I’ve got it but what is noetic therapy then?!’ Because, indeed, even though the ‘Institute of Noetic Science’ is concerned with the possible healing effects of mind control and Lynne Mc Taggart mentions several studies with for instance praying for hospitalized patients, so far there is nothing like ‘Noetic Therapy’. Well, this means, until last week…. When I opened the practice.

I preferred to call it Homeo-Noetics because obviously after almost 30 years of being deeply emerged in homeopathy, this doesn’t vanish all of a sudden. Homeopathy is my instrument and I love it. (There are many instruments for healing, as they are for making music….) In this way no matter what kind of healing modality I use it’ll always have that homeopathic tone.

In order to explain in more detail what Homeo-Noetics means, I have to start with some considerations supporting this approach in the background.

From the observation and personal experience that homeopathy works wonders in third world countries while we have such difficulties to even cure a chronic sinusitis, one can’t but question what could be the reason. On top of that, In Hahnemann’s time 100 remedies seemed to have been sufficient while currently we are crushed under the weight of books on new provings piling up. Even when we know 1000 remedies we have to develop skills and search procedures to prescribe remedies we can’t possible know. Being an intuitive by whom half of the remedies prescribed are either small or completely unknown, I know what I’m talking about. And wasn’t homeopathy so much simpler a generation ago, when we started and had so many satisfying effects with such straight forward repertorisations?

Did you ever ask yourself: why is this so?
I wrote a few articles on this topic. You can read them in Homeopathic Links and on Researchgate but in short I there argue that all the reasons we give for our unreliable, partial, slow or failing results (weakened patients by pollution, environmental and emotional stress, vaccination and medication) are not the whole story. I believe we might overlook a few things: one is the role of the healer and another is the fact that things are just not as they used to be. In Hahnemann’s time the biggest successes with homeopathy were with acute diseases and in the third world countries homeopathy is distributed mainly for epidemics with astonishing results. During the ‘renaissance’ of homeopathy in the Western world in the late 70s, homeopaths aimed at prescribing for the essence, again with excellent results. Isn’t it surprising then, while we as a homeopathic community have evolved so fast, learned so much, worked so hard and prescribe so much more sophisticated, our results rather seem to diminish instead of improve?
Maybe it’s because Hahnemann’s homeopathy fit the 19th century perfectly as the homeopathy we used to give for acutes, epidemics and essences fit the 20th century. But we entered the 21st century for almost 16 years now.
The world had changed. The patients have changed.
But have we, homeopaths, changed?  Maybe not.

Maybe the homeopathy we offer doesn’t match the demands of our evolved patients. I agree that patients became chronically ailing instead of acutely ill, and I think it is an expression of the collective unconscious. Don’t we associate primitive societies, our Middle Ages and in a way developing countries, with poverty, lack of hygiene, epidemic diseases, infant mortality, vermin and fatal acutes? Life is dangerous and death is lurking behind every corner. People are considered unconscious, undisciplined, unhygienic, and hence SAO’s are common, deficiencies and parasites all over the place.
Our modern societies believe in hard work, cleanliness, prevention, medication, technology. Hence our diseases went underground, insidious, unseen, where they, like viruses, sabotage our careful monitored life. But no vaccinations, diet, vitamins, water, exercise, mindfulness, supplements, holidays, mental and physical hygiene will keep them away. All of the time we try to stay or to become healthy, panicking about every acute disease, talking about suppressing, eliminating, exterminating, fighting against or winning the battle against a disease.
We can’t afford anymore being sick. The only escape is having chronic pain or being chronically exhausted; we look good and feel miserable. In a society based on images and looks, we rather look good than feel good. In the midst of incredible wealth and abundance we are prepared to starve ourselves to become superslim or spend lots of money and stand lots pain to distort our bodies with surgery.
We get what we believe. In the same the situation in the third world countries reflect the collective unconscious, so does the state of health (or the lack of) express our unconscious collective beliefs.
We believe what we are trained to believe: a version of history and medicine where we sing the praise for the incredible advances of modern medicine, the victory over fatal diseases, the invention of powerful medication, while feeling chronically miserable.

Our patients don’t suffer from compromised immune systems and toxicity only, their soul yearns for authenticity, truth, connection. They want meaning, purpose, fulfilment instead of consuming and distraction. They are on a quest of becoming aware of a bigger perspective and maybe the homeopath should attempt to support this in a way.
That is where Noetics come in… Read about the role of the healer in my next post.