My kingdom for certainty 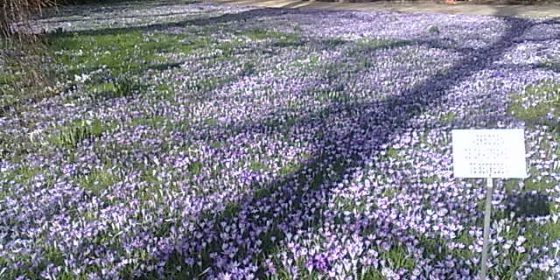 We discussed mistakes we can make in taking a local sensation (ex.fight) for a Vital Sensation or confuse images and associations for the Vital Disturbance and hence prescribe an Animal remedy.
Could this be a Plant case?

A reason why Plant remedies are often overlooked is because their Vital Sensation expresses itself in such ‘common’ feelings. Everything ‘Plants’ tell is loaded with or accompanied by a certain feeling (whether you ask for it or not) and it escapes the attention of the homeopath who is looking for something very specific, special, deep and for Hand Gestures. Impatient to go to deeper levels or frustrated because he failed, the homeopath concludes he only has superficial ‘Story’ information, (level 3) on which he can’t prescribe, disregarding the fact the patient gave Vital information throughout the consultation.

In a Plant case the ‘emotion’ is all there is, it IS the vital! When he is hurt: his body is hurt, his mind is hurt, his soul is hurt, on a Vital level he becomes the experience ‘Hurt’. When is has pain, his body has pain, his mind has pain, his soul is in pain, he becomes ‘Pain’. But patients talking of ‘grief’, ‘hurt’, ‘violence’, ‘connection’, ‘vulnerability’, ‘guilt’, ‘pain’, ‘stuck’, is so common we might miss the fact that they repeat it, in all examples, all situations, all levels, and indeed is not a Local but a Vital sensation (all levels all of the time!). Not only is their experience the same, they will give you their way to cope with it as well (miasm). The simple observation that the patient is giving his coping up strategies from the beginning of the case and repeatedly in the consultation points to Plants as well. Plants cope up.

I retook cases which puzzled the treating homeopath who couldn’t decide on the Kingdom. In many cases they turned out to be compensated Plant cases who invariably received Mineral remedies because they were distant, aloof, controlled, etc (which are by the way not Mineral aspects). The question then should be ‘what kind of sensation requires this as a solution?’

Obviously too much sensitivity is experienced as unbearable and will be compensated. And in general men need to compensate more as freely showing their emotions is not accepted. This means we must be open to the fact that a too sensitive member of the Ranunculacea (Raw nerves, no skin!) will compensate, as well as for instance too fearful Apiales or Solanales.

When we can’t decide Animal or Plant, we shouldn’t forget we have Carnivorous Plants too! Fungi belong to the 3rd dimension as well, as many Water plants and not to forget the innumerous Sea Creatures.

So far for the mistakes we can make when we determine a Plant or Animal case, in other words the 3rd dimension. But things get a bit more complicated in the 2nd. If it is Mineral, it is not that difficult. As long as we remember we prescribe on the situation ‘as if’, not on the actual situation. If a child behaves like a child, no reason to give Calcarea. When a teenager behaves like a teenager: don’t give Silica. This applies to all prescriptions but somehow we tend to forget it in the Mineral kingdom more often. In the second dimension we have several kingdoms or groups to differentiate between. When it is not a Mineral, it can be a Rock or a Stone, a Gemstone, an Organic Carbon, a Bacterium, a Virus or a Sarcode. They all sound more or less like Minerals but we should consider these other groups either because we have particular characteristics or because we can’t situate the issue of the patient anywhere on the Periodic Table. It seems to be absent or distributed over several rows and columns.

This in itself should make our minds go to Stones or Rocks. They will display Mineral traits like the lacking, needing, losing or missing something on which they base their existence, or they might even express the vital existential emptiness which is the sensation of all elements and their combinations. Often they will feel heaviness and pressure with their symptoms, need support, stability and grip, or have issues about their role, meaning, place, function in life. But you can’t boil the central problem down to one thing, as is symbolized on the Periodic Table. There is some Magnesium in the case, some Silica and Alumina but also Strontium and Titanium and you don’t know what to do. Consider a Stone!

When you can’t decide between a Mineral and a Plant because of the Mineral-like down to earth way the patient tells his symptoms and the Plant like sensitivity, most likely the patient needs a Gemstone. We’ll come back on this later.

If the consultation is confusing because the patient gives you ‘only facts’ of his (mostly numerous) diseases and longwinded details on all the treatment and medication and supplements and diets and you can’t seem to get anywhere else, be it deeper or not, the chances are the patient in front of you needs a Bacterium. Not only does the homeopath feel the inability to make the patient tell anything else than how he physically feels, if he talks about his emotions or thought they don’t seem to go anywhere. Normally as the consultation evolves the homeopath gets an idea of the inner map of the patient: what he thinks and what he feels. But in Bacteria cases, there is this feeling of fuzziness, confusion, unclearness. Usually the homeopath ascribes this to himself but unless he has this with all his patients, it is not him, it is the patient. There are ideas which clash with other ideas and when the homeopath asks about this contradiction, he gets information that confuses the topic even more. In the end the homeopath desperately ask himself: ‘but what DO you think? What do you stand for? What do you want?!’ The answer is: the Bacterium doesn’t know. He seems to have no will (hence the rubrics ‘Weak Will’ and ‘Obsequiousness’), no ideas of his own, no center. Once you’ve seen a few Bacteria cases they will be very easy to spot.

Sarcodes have this Mineral-like straightforwardness in relating their symptoms but by no means have they Mineral issues. On the contrary, their issues are rather weird, and by questioning carefully and let them explain in all detail it will become clear. They describe a function, a system, an organization, a way of operating of their ‘organism’. You’ll get the details of what happens when the organ or the hormone it secretes is functioning properly and what happens when it is failing. In the same way the Bacterium’s’ aim is to be normal, the Sarcode strives at proper and smooth functioning. And although they have a will of their own and know what they want, they feel they aren’t heard and at the mercy of circumstances.

Having the idea the whole case can be summarized in the effect of a certain chemical product, the patient might need a Synthetic drug. What will make your mind go to those remedies is a bit hard to formulate but nevertheless there is a clear feeling of something ‘unnatural’ in the patient, either in his attitude, his feelings or his symptoms. For instance, an Aspartame case I recently saw, where the boy made an unnatural cold, indifferent, unfeeling impression made it obvious it was no Saccharum album case although the issues were similar.

If a patient can’t possibly be categorized under one of the named groups, consider other realms. We have human artifacts and it’s difficult to put them all in one group, but Coca cola and Berlin Wall are not belonging to other groups either. We shouldn’t forget the Celestial bodies, among which we have Sol and Luna proved but I also prescribed Polar star, Betelgeuse and Venus. And there are Natural Phenomena like Fire (the remedy is called Ignis Alcoholis), Hail, Magnetism, Elektricitas, Galvanismus, Wind, Vacuum, etc, of which we have proved remedies. Homeopathy has no limits!