When we say homeopathy is resonance healing, what do we mean? 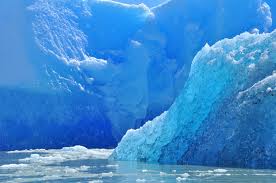 All well and good but how is it that the frequency pattern of an experience heals? We argued in previous articles that the underlying principle could be explained by the  action of entrainment and the action by the perfect example of the remedy .

Why perfect? Because in a substance there is no mind, or if you will: no ego, to judge the experience. We understand, or at least can accept the idea that all phenomena, us included, can’t be anything but perfect. Creation make no mistakes (although ‘science’ wants you to believe otherwise. However, when a child is learning skills do you call all his attempts ‘mistakes’, or are they rather evolutionary steps towards greater mastery?).
The human condition is such that we feel imperfect and thus we suffer. In a world of duality we feel pleasure and pain, we judge things as good or bad, we want certain things and reject others, we need, lack and miss and are only conditionally OK. In all of creation this doesn’t occur: neither rocks, planets, earthworms, buttercups or bacteria have such labels nor feelings. They don’t suffer. They have experiences, for sure, and actions and reactions, but they don’t suffer the way we do. Plants have an emotional life, so to speak, and animals we can look in the eyes. There is a higher degree of consciousness in the more evolved animals but no self-reflective mind. And that seems to be where all the suffering starts (cfr Byron Katie) .

What if creation provided us, humans with helpers all around us to get us (back) on track? Some people would call them deva’s: the spirits  of all the phenomena, like we see in drawings (flowers fairies). As everything is but a  creation and expression of ‘one thing’ (cfr.Tabula Smaragdina) , all contains the spark of that One thing. Everything can be identified by a specific awareness, experience, pattern and code.

Why that is so, we do not know.
There are many things we don’t know. (although ‘science’ wants you to believe otherwise). We don’t know why we are the way we are. The nature- nurture debate is settled in favor of nature: we are born ‘like that’. Surely, the upbringing and environment play an important role in how these innate characteristics will play out in life but they don’t change them fundamentally.
‘Science’ attempts to explain the way we are and feel by genetics (how far do you want to go back in your genealogy? 3 generations? 20 generations?) and psychology emphasizes upbringing as the determining factor. For many people these two explanations satisfy, for homeopaths they don’t. By our daily encounter and close listening to our patients we can hear the state comes first and the explanation afterwards. On top of that the explanation doesn’t even explain anything. In general it is an effort to come to terms with unpleasant feeling (for which we invariably blame our parents). But also people with loving parents and pleasant childhoods suffer: they can still feel inadequate, not loved enough, not good enough, stressed, worried what others think, fear of failure etc, in short: what we hear from our patients, day in day out.

Why is that so, we do not know either. We don’t know why we have to feel the way we feel as a collective, as humanity. It’s the kind of question children age 7-9 ask: why is there a moon, why do cats have 4 legs, why can’t we fly, why are stones heavy, why do we  have tears when we have pain? We have no answers to ‘why’ questions. The last answer is: ‘that is the way of it’…. These are the phenomena and we experience them by our senses and process them with our mind. It’s the garden of Eden or the hell we live in.

Having said that: we are ‘like this’ (with collective and individual traits) and all the outside phenomena as well. It’s the ‘is-ness’ some spiritual teachers refer to .
What a strange therapy is this homeopathic game where we have to find among all that exists (!) the similar substance (or code from the substance) in order to let the deva show us the perfect example and synchronize us accordingly.

If this is true, there must be a way to find that treasure in a straightforward way. Up to now our work is laborious, difficult and uncertain in the outcome. Very well trained and relentlessly working homeopaths do well and have great results. But we can and must do better.

We can apply homeopathy on different levels: clinical prescriptions are relatively quick and easy, be it acutes or epidemics, and emotional prescriptions as well.  For this we have archetypical examples which work well because human emotions are not too divers really. Dealing with disturbances on several levels simultaneously might be more challenging but nothing compared to finding the similimum.

Many homeopaths don’t believe in the similimum, for different reasons: it is impossible you only need 1 remedy in your life time, it is impossible to find that one remedy that covers all symptoms, patients are cured by a succession of different remedies, it is too hard, it is hubris from the homeopath etc.
We all believe something and homeopaths are no exception. Some might believe in homeopathic remedies but not in radionic devices. Some may believe you need many different remedies to tackle different layers. Some believe you can broadcast remedies. Some believe LM potencies are superior.

I’m a similimum believer; in previous articles going back more than 10 years I argues there  is 1 best remedy and many good ones. (title: The One and the Many). The similimum  is like the umbrella remedy that covers it all and, more importantly, matches the essence, not only the expressions. (that is where you find the Many). The difference in effect is the difference between treating the patient or treating the symptoms.

The one million question is: how to find the similar frequency pattern?

We have to listen. Easy as it sounds, as a matter of fact being fully present and listen for one or two hours attentively is a huge task.
We listen in a particular way to our  patients, not so much to what they say but who is the  one saying this? What ‘never-heard’ things he said? How would I spot him between a large crowd? This means stripping the patient from all that is common, logical, rational,  understandable, circumstantial.

In the same way we have to listen to the substance: stripping the provings of all the common, personal, circumstantial and  vague symptoms and keep what is ‘never-heard ‘ of.

We won’t be left with much but it will allow us to see clearer what is the signature of the substance. Sometimes the proving is too muddled by personal anecdotes of the provers and the essence doesn’t show itself. If we don’t have much, the minutest indication should be taken seriously. If there is nothing at all, it is a good idea to redo the proving.
In some patients we have the impression everything that is said is common, even cliché. That in itself is an indication; we ask ourselves: who needs to express is this particular way? (pointing to 2D, row 4, wanting to be normal)

As repeated often: homeopathy is ‘nothing but’ matching the Strange, Rare and Peculiar of the patient with the SRP of the remedy.  Having done that, that frequency pattern in some still not understood way, restores coherence in a patients frequency pattern.

An interesting approach from Thomas Cowan about the jelly nature of our water in our bodies, agues that everything from the inside and outside influences it. The jelly nature is the fourth phase of water, also called EZ (Exclusion zone) water. According to Cowan it’s where ‘life’ happens. It can be imagined that the resonance the similimum produces in a person’s water creates coherence by  it’s perfect example (as I wrote before: in nature all phenomena are perfect by  definition). We just need to be reminded we are as well…..