Where has the magic gone? 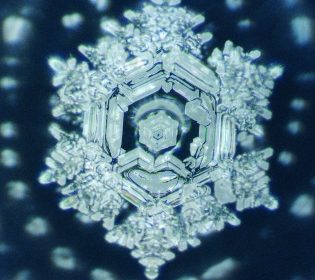 Those were the days

In developing countries (among them many in Africa where homeopathy is extensively used) homeopathy has similar successes. In serious diseases like AIDS, malaria, TB, Ebola etc. cure is quick and easy in the way of the early days. This means: the prescriptions are made according to Hahnemann’s rules for epidemics (The Organon of Medicine, aphorism 100-104) , with a limited number of remedies and with prompt improvement  within days, or, for more chronic states, in weeks.
Even in our beginning days in the 80s, when homeopathy was booming, we had more success with less knowledge, less experience and less remedies.
How is that possible?

In the old days, homeopathy gained recognition because of its undeniable spectacular results in cholera and typhoid fever epidemics. The speedy recovery of the sick, was unlike placebo effect, ‘spontaneous remission’ or misdiagnosis crystal clear; whereas patients died in the hands of the conventional doctors, they were cured in no time by homeopaths.

Is it the result of the scientific phenomenon described by Schooler (and others) that ‘the truth wears off?  https://www.newyorker.com/magazine/2010/12/13/the-truth-wears-off

Or are there other reasons why chronic diseases currently are so hard to treat and our results ever more unpredictable despite more sophistication, expertise and technological tools?

What is wrong with us?

We started by questioning ourselves first: what is wrong with us? (we are homeopaths after all!)
Are we not accurate enough? Should we work harder? Are we sufficiently transparent, compassionate, selfless, do we have enough integrity?

After that we questioned the homeopathic society and found we should stop criticizing each other, we should unite, work together, show respect and cooperate with conventional medicine. Furthermore, we should balance out the still overpowering masculine approach and appreciation of our work, teachers, books, and knowledge and welcome and value the female aspect.

After all this self inquiry and cleansing work, we might have improved ourselves but unfortunate not the results: the magic of the earlier days didn’t seem to return.

I remember how I always warned the homeopathy students never to blame the patient when the results were unsatisfying. It’s not due to the unwillingness of the patient to be healed, his negative attitude, his attachment to victimhood or his low vibration. While I’m not denying all this exists and might in some case be an ‘obstacle to cure’, it doesn’t explain the phenomenon of declining results  despite more effort.

When a patient reaches out for us for help, the last thing he needs is a healer telling him it’s his own fault, he deserved his disease and he can’t be cured unless she makes profound changes in his attitude. Culpabilisation might already have added to his suffering before he entered our consultation room. I’d rather recommend and practise compassion.
Hence the last one to question from my point of view is the patient.

We can look for a causation in the patient without blaming him. What if the waning results are caused by the overload of toxins in our environment and inevitably also in our patients? What if medical interventions, combined with drugs and pollution made them virtually incurable, even without them being aware of it?  (which, by the way Hahnemann already mentioned in the Organon)

The overwhelming bombardment of toxins in about everything we inhale, ingest or inject makes us  wonder how people even stand on their feet these days. Whether it is the spraying of toxins in the atmosphere (‘the weather modification’ programs), the injection with toxic substances, the invisible electro-magnetic pollution, the massive poisoning of our food, drinks, water, soil, homes, cosmetics, dental procedures, paints, etc, there is no escape. On top of that there are immense attacks on our invisible and more subtle ‘bodies’, there is the viral load we are carrying and the never-ending programming of our conscious and subconscious mind, which leads to lifestyles that are not the most beneficial for us.
Again, the resilience and endurance of our organism is way more surprising than the obvious fact that a toxic environment poisons a person on all levels.

If everybody swims in this toxic soup, then why is not everybody sick?

The patients asking for our help are apparently not the most resilient, at the contrary: they are the ones that succumbed under the pressure of all those stress factors. It is a matter of gradation. We are all affected but not to the same degree: some of us do whatever they can to avoid the toxins, others are not aware of the danger and ingest too much to bear.
But in the background, all of us have, what Hahnemann called our ‘natural disease’ (our state) and it produces symptoms under stress.
This holds true for everybody.
That is why some people but not all get sick during an epidemic: the ones with an effective immune system can deal with the pathogen, the ones with a compromised immune system due to too much stress can’t.

What we see in our practises are chronic states, producing multiple and often severe symptoms, some of which are directly linked to the toxins and some are expressions of the ‘natural disease’, demonstrating a depleted organism, no longer capable of keeping the homeostasis. And this, in fact more often than not, is an indirect effect of the continuous assaults from the environment, including continuous noise, hurry, excitement, hard work and worry, all draining  the nervous system.

Is it then difficult to understand why a completely drained, exhausted organism with hardly any vitality left, reacts slow of not at all to subtle healing agents like our homeopathic remedies? Don’t we have to clear the toxic load first? Built up some vitality with healthy nutrition, some lifestyle adjustments? Or, if not before treatment, then along with the treatment?

We used to say that the patients in developing countries react so well to homeopathy because they are sick in a healthy way; meaning they have loads of vitality left (despite poor nutrition and hygiene) and when they fall ill, their system produces a fierce reaction. When we administer a homeopathic remedy, the reaction is equally vital: it is quick and complete as in the old days.

Sometimes we still see these reactions in babies and children, although sadly enough we mostly get to treat babies whose immune system is compromised, sometimes even by the time they are born, not to speak of the procedures they undergo in their first days and months.

Vithoulkas would evaluate the current state of health of most of his patients as more severely affected compared to 3-4 decennia ago. I believe every homeopath with a long-term practise shares the same observation.
The consequence: we must work harder and become better to optimise our performance. Maybe, when the public becomes aware of the toxicity of the environment and takes measures to clean it up, homeopathy will live to see a new era where it can display its magic again.