Welcome to the Carbon World 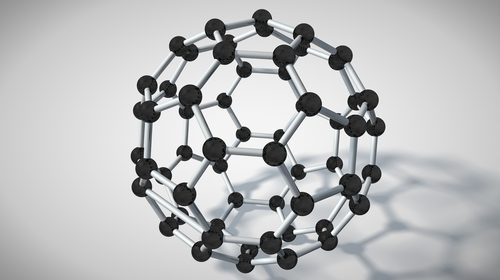 Another group we haven’t discussed yet, and by its very nature easily overlooked, is the Organic Carbon group. Although Roger Morrison’s book on Carbons was first released in 2006 and still is the best source of information, while supervising homeopaths or helping them out with their difficult cases, I noticed the Carbon remedies are virtually not prescribed at all.

In my understanding the reason is the same as for other underprescribed or unrecognized remedies; not a lack of information but too much information combined with the absence of a good group picture. Currently I’m working on an application for homeopathic software that will allow making these analyses first before looking for the species. To repeat previous articles: first comes the discrimination between Second Dimension- or Third Dimension and then subdivisions in  Kingdoms, Orders, families and Subfamilies. These will then be linked to the available data in the gigantic databases we already have.

The Second Dimension, the unseen world, deep down in the earth is practically unknown to us. We know the Periodic Table but in my experience the single elements are rather rare, in nature as well as in our patients. Rocks, Stones, Gems, Ores, Bacteria and Carbon mixtures are all over the place and represent common remedy pictures in our patients.

Morrison points out very accurately how Carbons are omnipresent in our modern daily life without being noticed: plastics, glues, fuels, dyes, additives, there is hardly any product free from it. Yet we take them for granted, they are cheap, worthless, we use and discard them, they go unnoticed, while polluting and even poisoning us and the environment. I wouldn’t go so far as giving Carbon labels as  Greed, exploitation, Protection, hurry and Denial as this sounds a bit judgmental to my ears, while the word ‘Selflessness’, that Morrison used as early as 1989  is really key. It is as if the Carbon element is invisible, as if it has no identity of its own.

In a sense this is true: Carbon is positioned in the middle of the second row of the Periodic Table. The issue of the whole row is ‘how to become an independent being and live life on planet earth’. This is symbolized by the birth process: the baby has to leave the mothers’ womb and the symbiotic relationship in order to become a separate being. If Lithium panics by the sheer impulse to separate, Beryllium has to allow the thought since the birth process has started and Boron clings to whatever on his way out. Carbon represents the moment the baby is pushed out still connected with the umbilical cord. ‘Congratulations, madam, it is a girl’. It’s the moment you become a somebody in 3D, that is: if you manage to make a vital attempt to live. (hence Carb.veg: ‘the corpse reviver’) . We live in a Carbon based world; it is the primary building block of endless combinations.

The difficulty to discern a Second Row mineral is the gap between the ‘vital experience’ of being just born trying to figure out how to stay alive, and the adult person who sits in front of you. The latter has a personality and probably an average IQ; he will have learned how to function in the world and will have internalized its values. As most patients he will talk about work and relationships. The fact that he shares his insecurities, his self-doubt, his lack of assertiveness and fear of failure won’t help you much because most patients do.

On top of that the known keywords of the Carbons are very general: (mental) weakness, passivity, loss of will or ambition, confusion, dullness, blandness, isolation. We also know the sinking sensation, the issues with identity and value, the nostalgia for the past, the suffocation and the fear of ghosts but before we can use those symptoms as confirmation (and of course, lots of your carbon patients might not have more than one or two)  we need to make sure we have a carbon in front of us.

Again the context will help us a lot spotting a carbon person. No matter how well the patient expresses himself (despite in the majority of cases being rather slow in verbalizing) the homeopath will have the impression of great vulnerability. It’s as if it won’t be difficult to overpower the person, as if he has no strength to stand his ground.  What makes it different with the utter dependent Natrium or Kali is that the issue is not so much relationship or family but about life itself. They wonder what is live, its values, its rules, its mechanisms and although this is unconscious, you’ll hear it peeping through. They might feel lost, abandoned, not know who they are, invisible, not heard or seen, of no importance. Indeed they are like new born babies, still connected and breathing through the mother. Only in the Nitrogen state the person feels the urgent demand to jump into something unknown, lest he suffocates, namely breathing in another element by himself: air instead of water. And it is the Ozone state where all of a sudden the umbilical is cut and the person feels irreversible disconnected and alone in the world. Carbon is the stage before that, it’s the first landing in the carbon world, defined by the others.

Among the million (some sources claim two million) Carbon compounds so far, about 250 are listed in our MM. A few modern provings (Polystereen by Sankaran, Carbon fullerium by Micha Norland, etc) are added. Roger Morrison compared the chemical groups and found common characteristics: I recommend his book highly. You’ll learn there that for instance the inhibition in all Carbons is taken to the extreme in the Alcohols (or of course the opposite!) , that the Aliphats emphasize the passivity while Aromatics  have racing of ideas  and loquacity, which might make you miss the Carbon, if you  haven’t had the help of the Dimension theory. We already know Sugars (from the remedy Saccharum album) have food issues and are demanding in nature, the Ethers dissociate and feel mind and body are separate. Remedies like Eucalyptus and Menthol belong to the Terpene group and it is no surprise they are exciting and uplifting (think of Vicks) while  are known to bear grudges, can be bitter and defensive. There are a few more groups but I just wanted to make the point that if you take one or two best known members of a group you usually can expand those characteristics to close family members.

I hope this will help you to take the book on Carbons which you knew you’d have to read one day but always postponed it from your shelve and realize that it wasn’t all that undoable. All your Carbon remedy patients (remember: not rare but unseen) will be grateful!