The Map with all Homeopathic Groups 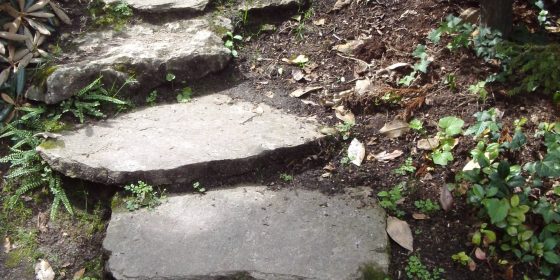 As argued in the previous chapter, I will give the patient the remedy that matches the level and problem at hand. I hope I made clear the vital remedy won’t solve the problem when it originates from another level. In that case the patient doesn’t need a similimum, at least not at that moment for that particular ailment.
A substantial percentage of my patients doès desire a similimum and since I’m intuitively able to know it before I see the patient, my focus naturally was and is on determining the level 5 remedy for them.

I heard a famous homeopath once define the similimum as ‘the remedy that covers the biggest totality the homeopath is able to see in that moment’ (elegantly explaining why homeopaths prescribe different remedies for the same case maybe?)
It reminds us to humbly admit; even if homeopathy is sent to earth by angels from heaven, we are ‘all too human’ applying it.

Most of my professional life I put most effort (and took most pleasure in) trying to solve the puzzle, crack the patients’ code, see the pattern, in one word: finding that needle-in-a-haystack remedy. Because from my point of view – knowing the outcome and then reverse-engineering the case- new patterns and commonalities surfaced over the last 10 years and are condensed now into what I consider useful tools for my fellow homeopaths.

Deciding the Kingdom on information lower than level 5 most often is guesswork, erroneous and on top of that unnecessary. For a prescription on the Emotional level for instance it doesn’t really matter whether your frightened patient needs a Plant, Animal  or Mineral remedy (for instance: Stramonium, Sepia or Arsenicum as long as the symptoms match.
But for a level 5 prescription determining the Kingdom and/or the group or family the remedy belongs to is priceless. Otherwise we are left with too many remedies to choose from and it makes homeopathy impossible. How can we hope for recognition or even credit for a fabulous and sophisticated healing system that unfortunately nobody is able to manage?

Knowing where to look.

Let us imagine that our remedies are like books in a big library, thousands upon thousands of books, and we are looking for that one book that contains the exact information the patient needs. In a library the system is simple and kids learn how to find their way. Why not do the same?

Now suppose there are 2 floors in our ‘Homeobrary’: Floor 2 and 3 (number 1 contains no useful books so far).
The books are labeled with the same numbers-logic at the two floors, which makes it utterly important to know where to start. The only difference is that the first number will be 2 or 3, the rest can be the same. Then imagine that each floor contains a number of Rooms (7 to be precise), and in those rooms there are Corridors (numbered) where the Shelfs (numbered) stand. Obviously the next thing you want to know is in which Room you have to look; then have the right Corridor, if possible the right Shelf. It can still leave you with a number of books (remedies in our case) but at least it is a doable search.

So I‘ve focused on reliable pointers for the right Floor, the Room (horizontal rows on the map) the Corridor (group in that row).

The ‘floors’ I call the Dimensions. Over the last decade it became more and more apparent to me that there is an easy-to-spot overall difference in behavior and perspective between ‘2D patients’ and ‘3D patients’, as I explained in detail in the free videos and in previous posts.

Determining this first will prevent one of getting lost on the wrong floor where the right remedy simply is not to be found.

Room: there are 7 rooms, the label at the door is: Existence, Separation, Identification, Adaptation, Creation, Mastery, Disintegration. They equal the horizontal lines on the Periodic Table

Corridor: All the different groups and families we can distinguish in homeopathic symbolism.
All these I have now mapped in one clear map which gives an overview in a glance.

As an appetizer: a few examples:
If you see characteristics of the 2nd Dimension and the Room is obvious, let’s say Room 2, you’ll see on the map the choice of Corridors will be 3: either an Element from the Periodic Table row 2, a Carbon compound, or a Bacteria (parasitic or not). Would the Dimension not be clear, one could consider another row 2 representative from 3D where Monocots from the Arecidae are listed, or a simple Fungus or a Mollusk, Insect (parasitic or not) or Spider.

If you have a patient who talks in length about doing something special, wants to be admired and you think about Row 5 of the Periodic Table but you can’t seem to find 2nd Dimension traits, the map will suggest Carnivorous Plants, Fish, some Birds or Snakes.

Or you think about giving your patient a Gemstone for whatever reason, on the map you can check right away whether your patients matches the Dimension (2) and the Room (4)

The biggest challenge has been to leave the out all details and decoration taking the risk to end up with ambiguous signs, and to retain the, for everybody obvious and clear road markers. After all nobody reads pages long instructions for whatever tool, and if one does he is unable to recollect all of them. They might be correct and meant to help but one loses his attention by too much information.

The overall flood of too much information doesn’t make us wiser but instead is drowning us. The only thing that will spare us thereof is our faculty of discernment.

All the information I’ve gathered the last years is boiled down to the minimum common traits with the maximum reliability (which by no means claims to be complete) in one map. In one glance one can see that a patient who ‘looks like’ a third row Mineral could as well belong to a group listed on that same horizontal line but a different Floor or Corridor altogether, to keep the comparison.

Ideally the map goes together with a software program, opening the information box of the Floor, Room, Corridor or Shelf as soon as one keyword is entered. The advantage here is that even only one key issue or word will give you the cluster of characteristics for that particular group.
It is a straightforward, no-nonsense approach and aims at as much ‘objective’ data as possible, to leave interpretation out.

For instance: in the group Insects you’ll find ‘Hair’ and ‘Clothes’ among other keywords. Many if not the overall majority of Insect remedies showed a remarkable (= SRP, remember) interest in their hair: worrying they don’t have enough, or it is falling, or they want to have beautiful hair or a lot, don’t ask me why. Insects don’t even have hair! So the word ‘hair’ should attract your attention, even without or should I say, just because you don’t understand the problem.
We don’t have to understand in homeopathy!

Maybe that is even one of the most persistent errors: our so-called understanding often leads to a psychological dissection of our patient, giving him the message his ailments are due to his or her wrong thinking/feeling/acting and cause him to leave our consultation room even more miserable then when he came in. The only one who gets better by this ‘understanding’ is the therapist while the only thing the patient really needs is compassion.
Our job is to hold the space for the patient to enabling him to share what his world is like. We observe it, look at it almost like looking at a movie or a slide show, by no means untouched but not compelled to explain ‘why’. That would be like looking at Gods magnificent creations and then explaining why he did such and so.

Having said that; another example might clarify my point.
‘Monocots’ talk almost exclusively about their mother (and I mean: without having been asked). Why is that? How could we understand this? What is there to understand? Are ‘Monocots’ more attached to their mothers than other plants? We theorize away our day of grace (which I admit it is fun): Cactaceae want to be big, because in nature they swell, Laminata want to enjoy because we enjoy their taste and fragrance, Rosacea suffer from love stories because roses come with thorns. Poor plants (the vast majority, by the way) that are overlooked because our imagination falls short….

It is true though in Animal remedies we often see some characteristics of the actual animal reflected in the remedy (Speed, flying, hiding, poison, web, milk, etc). We just as frequently add some to our patients, that have nothing to do with the remedy – nor the patient, for that matter. (‘looks like’ a Mouse, Lion, Cobra, Swan; ‘makes me think of’ a Chameleon, Spider, Snake, Rabbit…) It might be easier for us to imagine ‘Animal sensations’, but then again maybe not as easy as we imagine. (…).
I mean: having 8 legs and be 2 centimeter, or having no legs at all but be 5 meter long snake-shaped and crawling, or weighing a few tons and eating plankton, flying from North Pole to South Pole yearly, or devouring a freshly killed deer? I don’t know if we can really project our human emotions to that animal experience. I heard one say once: ‘I don’t eat beings with eyes’. It is as if we connect easiest with beings with eyes, as our closest family…. But then again not everybody would include ‘Insects’ in the equation
The point I want to make is that in the boxes with the clusters of characteristic words, only those are withheld that point directly to the essence of the Group, whether or not we can relate to them or not.

In the software program I’m developing along with the map the differentiation is taken a step further: namely to the actual Species. Sometimes on a Shelf, we will find several Sections. These are subdivisions.
For instance: on the 3rd Floor, Room 6, you came across ‘Mammals’ and are left with till a vast number of choices. There you’ll be helped by checking the Sections: Rodents, Canidae, Felidae, etc. In the same way, if you decide by the characteristics you don’t need an Animal but a Plant, you’ll see the Shelf ‘Dicots’ with 6 Sections (the plant orders). The more we can pinpoint the exact characteristics of ever smaller groups, finally the remedy you need must only be chosen from a relatively small set. There MM and repertory will help you out, if not intuition, hints from the patients or synchronicity.

The work no scheme, map or system can do instead of the homeopath, is deciding which are the characteristics of the patient. It comes down to the oldest requirement in homeopathy: unprejudiced observation and what I like to call common sense.
Simple but not easy.
Hopefully this map will guide you along.