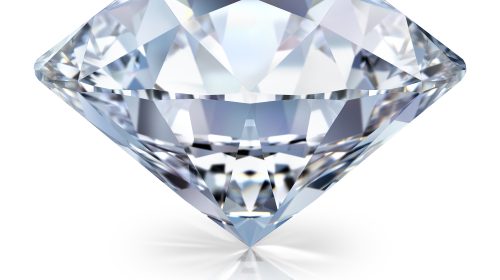 The basic premise of homeopathy is that disease is a disturbance of the vital force expressing itself with signs and symbols on mind and body. The logical consequence of this is that the sick can be restored to health as it is stated in aphorism 1 by medicines that take away the disturbance of the vital force.
These are Hahnemann’s findings and since 200 years homeopaths are trying to grasp the full meaning. Though we have massive amounts of empirical evidence, until today we lack the theoretical understanding of the dynamics or laws at work.
One of the reasons is that the ‘vital force’ is a fuzzy concept of which many different interpretations exist among homeopaths. My personal reading is that the vital force is the source beyond mind and body from which symptoms come forth. It is the most individual aspect of the person, sometimes equated to his soul.

Can a soul be disturbed? Sounds bizarre, doesn’t it? Maybe it is only a matter of wording. A human being is a complex creature. If we accept his soul has travelled through many lifetimes and numerous experiences, that moment in time we see the patient, apparently some things are out of tune. These produce unease and disease and that is why the patient is consulting us.
Depending on the live lesson the soul came to experience this live time, difficulties and obstructions are needed. These we call ‘condition to be OK’, the conditions we impose on reality to make us feel happy. We know in our hearts everybody is unconditionally OK and everybody is somewhere on his journey to completion. Nevertheless the discomfort can be such that the patient feels he needs help. He seems to be stuck in one particular way of viewing reality and thus keeps repeating the same set of experiences. The vibration thereof seems to be similar to a phenomenon in the outside world.

The reason why I refresh your minds about the vital disturbance is to come back to the question the previous post ended with: what if the disturbance is not on the vital level? And is this even possible?

Sure: We all know and treat injuries, acutes and epidemics, which are situated on level 1 and 2. Sometimes the emotional problem is so big we give a remedy to overcome the emotional shock or trauma. On the mental level we can get stuck on the mythical level, requiring a mythical remedy.

This needs a bit more explanation. From observation of my own and colleagues cases I came to the conclusions that issues from what I call ‘the mythical level’ are confounded with sensation level problems.

What is the mythical level?

In the psyche, we have the conscious, subconscious and unconscious level. The conscious level we deal with when analyzing, thinking, reflecting, understanding. The subconscious mind holds our unwanted or unacceptable feelings and thoughts, all that is too painful to bear. Sweeping it under the carpet is a survival mechanism, but it necessitates energy to keep it hidden en it is ready to jump up any moment of less control. That is why homeopaths ask for fears and dreams, because these are the areas of least control. The unconscious level of the mind is where we partake in the big story of humanity as a whole: where we experience in our individual life the archetypical initiations, transitions and thresholds shared by all humanity. Being born and dying are the inevitable ones, as well as puberty, parenthood, graduation, initiation, promotion, retiring, etc. And there are many more situations and challenges, laid down in innumerous fairytales, mythologies, stories, allegories, legends, fables, symbols, all of which embeds us in the bigger than our individual story of humanity. It gives words to the feelings and emotions, encourages the person to move through his life journey, ensuring him his is neither the first nor the only. The quest must be undertaken, the treasure found, the dragon defeated, the princess married.
When a person gets stuck somewhere in his story, he can’t or he doesn’t know how to take the next step: a mythical disease will show up. Staying there before the threshold is not an option, life has to flow. The symptoms produced will be fierce, not to be ignored en therapy-resistant.
The reason the patient visits you is because of this particular symptom.

How will you know it is mythical and not a vital problem?

Besides the pathology being severe the patient will almost always refer to a clear onset in time; ‘since I moved since I married, since my mother came to live with us, since I changed jobs’…..
The symptoms will not only puzzle the doctor be and resistant to all therapies the patient already underwent, they will also be totally new to the patient. He never had them before. It’s not in his constitution, like many vital expressions do. It can be an eczema that started age 35 in a patient never having had any skin problem whatsoever. He’ll tell you ‘this is not common to me, I never had this tendency’. In a Vital level problem you rather hear: ‘this has always been my weak point.’ And the symptoms will all be on one level, not distributed on all levels, like a vital disturbance would.

All these pointers should make your mind go to a mythical prescription. It is a level 4 problem, this means it is a product, although unconscious, from the mind. Consequently it can be cured with interventions on this level: sometimes only the elaborate report to an attentive homeopath is enough. Those are the cases cured from the consultation, I assume. They don’t need the remedy anymore. The spell is broken, the unconscious knot is unraveled and the patients’ symptoms will melt like snow in the sun, never to come back again. This also differs from a vital prescription in which the cure takes long and goes gradually.
If not from the consultation, the homeopath can prescribe for the mythical problem and most likely won’t need the remedy more than once.
The mythical problem can be solved by many other means as well, psychotherapy, Constellation work, writing your myth etc. , whatever ‘desolves’ it by insight, coming to terms with it and moving on. Because the cure is so spectacular, these patients are often shown in homeopathic seminars as examples of Sensation prescription. It gives rise to the believe that when the sensation is felt or understood, it is treated. This is not the case, the vital level is not to be healed with mind intervention, no matter how much the patient would like that or the homeopath believes so.

After a mythical prescription the patient is back to where his was: in his vital sensation, his ‘natural disease state’ as Hahnemann would say. His problem is solved by the mythical prescription but he as a person is still the same….
This doesn’t diminishes the value of the mythical prescription, at the contrary: it is a necessity as the vital prescription won’t deal with it. Since it is not the source of the pathology, the symptoms can’t be taken as expressions of it.
Is all of this important in choosing a remedy for the patient? Well….isn’t it always helpful to have a as much understanding as possible of what one is trying to do?