Not again about potency! 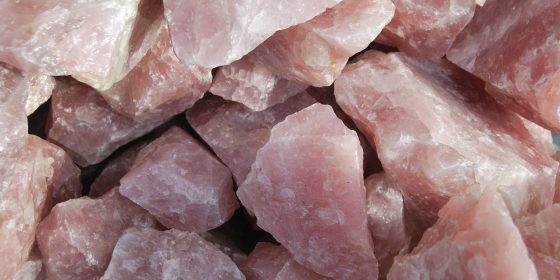 A few more topics to deal with before we come to the Noetic part of the ‘New Homeopathy’.

In the previous posts we argued that homeopathy in the 21th century should take the context into account. While the 19th century homeopathy was mainly focused on the symptoms, the 20th century broadened its vision to a patient-focused anamnesis and the 21th views an even bigger picture to base a prescription on. The reason is that without context communication is confusing at best and meaningless at worst. Gregory Bateson dealt with this decades ago in a much more eloquent and sophisticated way. (Steps towards an Ecology of Mind)

And again an important reminder: Homeopathy is always about ’as if’, not about ‘facts’. Some homeopaths do prescribe on the facts though but they keep in mind that the facts, the story as we named it, contain a particular version of reality that is perceived through the window of the patients’ state. In this sense it’s not so much ‘reality as such’ (which of course neither exists not ‘the thing as such’) the homeopath prescribes on but the ‘as if’ reality of the patient. Should the homeopath prescribe on facts (for instance: my father died last month, I moved to France, currently I work as a teacher, I’ve never been married) instead of the ‘as if’ he misses the point.
Even when it is true that the state will push the patient in the way of maximum comfort and avoidance of not-OK feelings, the circumstances and his personality will equally determine the outcome. For instance: a shy and embarrassed Carbon-like person with no idea of identity will most likely try to avoid standing in the spotlight or having to assert himself in larger groups. His feeling of being OK will be maximized in the safety and security of a close relationship where he’ll be very dependent on and a role in society in silence and tranquility. But if his upbringing was very demanding, he might achieve a high position and will be appreciated as a ‘father-like’ boss.

Why is this distinction between ‘real’ and ‘as if’ so important? Because we get to know during the consultation what in the circumstances of the patient is real and what is out of reality: the latter points to the vital disturbance. I recall a Baryta manager with anxiety at night and profuse perspiration feeling every morning as if he was sent to the battlefront…. for the last 20 years.

What I learned during the years I work in an intuitive way (knowing the similimum for the patient before the intake) is that some patients don’t react favorably to the similimum. I’ve always been one of those homeopaths who considered the similimum as a Holy Grail that would harmonize and balance the patient on all levels of his existence. Honestly speaking I believe this to be true, as I witnessed it happen enough to confirm it but on the other hand: not everybody reacts with a total cure and on the other hand many patients get well with all kinds of remedies.

There can be several reasons for that.
When the remedy seemed so suitable that it was inconceivable for the homeopath and often also for the patient why it didn’t work, I learned that in some cases the potency needed refinement.
Another reason could be that the problem does not originate from the vital level.

A colleague of mine thought it was a funny statement when I told him once a patient didn’t react to what seemed so obvious his remedy, though I’ve tried all potencies, meaning 30CH, 200CH and MK. ‘You call this all potencies!’ he exclaimed. And right he was. From him I learned muscle testing on myself and I came up with virtually every potency thinkable: LM , Fibonacci series (according to Joe Rozencwaigs guidelines) C4, D potencies. Later when the muscle testing seemed unnecessary I intuited potencies and today I might prescribe any potency from 1 to 100.000 in any scale.

All I can say for the moment is we are still in an experimental stage but it looks promising: where some case wouldn’t take off a ‘noetic’ potency as I’d call the intuitive ones would start the engine. Often we see that the given potency was way off the needed one, for instance the patient received 200K or MK without result and actually started to react well on a daily dose of 7CH. Or we start a child’s case on a 84D with great results. An LM6 3 times a day may help a case advance where the 200K had only short and fading result. And so on.

I can hear you sighing!

I agree it complicates treatment a lot. We don’t want to hear about it, even though Hahnemann already wrote in his Organon that the sensitivity of the patients differs on a scale from 1 to 1000 and we should individualize the potency as well. We know this make sense but we don’t have clear instructions how; so we use the potency scales we are accustomed to. Scientific research and daily experience both prove some potencies work better than others for reasons unexplained until today.

What if the modern patient requires more sophisticated prescriptions? We tend to use more than 100 remedies, claimed to be sufficient by ancient masters to cure virtually everything, because we fine-tune now. My idea is we should fine-tune the potency as well.

Trying to find some system in the so far intuitive received potencies, the only pattern that I can discern so far is that 2nd dimension cases seems to do well with potencies from 1 to 100, plants between 100 and 1000 and animals with higher potencies. The latter I observed in many animal cases since many years and I usually start with MK or higher.
In general: low potencies in daily or at least frequent intake proved to be beneficial for a period of time in many patients. This could be daily doses of 12D, or 5CH or 13CH or any LM potency.

The other reason why patients might not react favorable to the similimum is that the problem might not be situated on the vital level. That’s the topic for next post.