Homeopathy as an initiation process 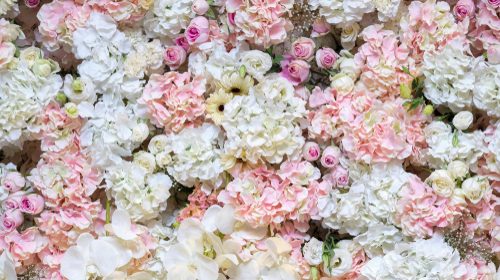 Looking back on the beginning days of my homeopathic training and comparing to where I find myself now, several stages of development enfolding over the years become apparent. Most likely it is an evolution all homeopaths live through and from hindsight one has an overview of the journey. It then appears to be an initiation process.

The majority of homeopathic student take off with no or a faulty idea of what homeopathy really implies. It soon turns out to require a paradigm shift on health and disease: a so far unheard of approach where the symptoms of a patient are not the disease itself but rather the expression of a disease, that is like an entity overtaking the system on an immaterial level. From the start on we struggle with those words and concepts that are imprecise enough to inevitably fracture the homeopathic community in many schools of interpretation (like any good old fashioned religion does). What is the vital disturbance? What is the dynamis? What is the spirit-like entity (aphorism 148) Hahnemann names in his Organon. What is disease anyway? On what immaterial level is the disease dwelling? What is a potency? What is acting on what? How ‘similar’ does a remedy need to be? Similar to what? As the sets of answers to these and other questions vastly differ, homeopaths succumb to adhere to one or the other, insisting theirs are the right ones. (and the rest is history….)

Some never come to terms with those outlandish ideas and insist on viewing homeopathy as a kind of naturopathy with diluted medicines. Hence they use remedies against fever or inflammation, mosquito bites and injuries but with an allopathic mindset: trying to get rid of the symptoms. Classical homeopaths call it Clinical Homeopathy’.

This comes down to ‘Level 1 and 2’ prescriptions, most often with the energy level included. (which makes it different and more effective than regular medicine which doesn’t differentiate or take constitutional differences into account)

If the student nevertheless somehow familiarize herself with the new ways of thinking (not paying attention and probably not even noticing the many contradictory statements) she evolves towards a self-declared holistic homeopathy. She takes the mind into consideration in the choice of remedies, as well as the physical symptoms. She studied hard to memorize a great deal of remedy pictures and unknowingly creates her own darlings. How many of us had, in our beginning days unnatural numbers of Natrium mur. or Carcinosin patients or Lycopodiums?
Ah, the pitfalls of Level 3!

Studying relentlessly results in fine-tuning and expanding the remedy arsenal and delving deeper into the psyche to understand more precisely the individuality of the patient. By now we’ve understood that the more you individualize the more similar (…) the remedy will be. The number of remedies runs in the 1000s, which is sophisticated but disheartening at the same time. The promise is to individualize even better, the reality is that it’s impossible to master so many remedies.
We evolved to Level 4 and are in full Delusion land. In all meanings of the word.

Normally speaking the homeopath should have serious philosophical questions at this point. He came to the conclusion that homeopathy is not psychosomatic medicine, based on the idea the psyche creates the physical ailment. (you’ve got headaches because of stress, a stomach ulcer because of anger.) Homeopathic anamnesis on the other hand showed that there is a correlation but no causal relation between the symptoms. Physical and mental/emotional symptoms form a pattern that comes from a higher level than the psyche. That is what we’ve been calling the Sensation or Vital Level.
Level 5 is beyond thinking, or imagining, it is beyond the conscious or subconscious mind. Indeed it is not a product of the mind.

Level 6 is not too hard to define: it’s the Level of the Ideas. We’ve come to the point that we see structure, order and configurations operating in the background of the patients’ individual foreground. This adds Context to the whole, the importance of which was the subject of previous posts.

The question now is: do we stop here? Is there anything beyond this Level 6.
Now it becomes really interesting…
The next Level is sheer magic.

No clarification along the way as to how homeopathy works ever proved satisfying to me. The sole thing I learned is that among the many fancy hypotheses some were brilliant thoughts yet no explanation whatsoever. Homeopathy eludes our thinking because at this point we’re simply unable to understand it with the workings of our brain. Therefor a rapid solution by science is not to be expected as it is self-limiting research by prejudices about what science is supposed to look like.

It is suggested that it’s ‘in the water’ but how can this be as radionics and noetic remedies work? It is not in the ‘substance from nature’ because there never was any substance in those remedies. Patients often tell us their remedy started to work before they were taken, just as people who never took the remedy claim to have joined the proving. ‘Immaterial effect’ it sure is…. But what is it?

Some call everything that is immaterial or invisible ‘energy’; this primarily demonstrates we have no idea what we are talking about. As if matter is not-energy. As if radio waves equal energy. As if thoughts are energy. Or emotions. Or the movement of the waves in the ocean.
The conclusion ‘everything is energy’ prevents any sensible conversation as it is as well true as meaningless.

Investigating the nature, laws and the underlying rules of homeopathy we all too readily engage in these kinds of philosophical gibberish, not to admit to ourselves we have no clue. How difficult it is to remain in the unknown!

Being blessed with the gift of knowing the similimum for people, I had the chance (or should I say: no choice but) to accustom myself living in the unknown. No explanation as to how I know or where the knowing comes from seemed substantial; the only thing I felt on my water was when they were clearly erroneous. On the other hand it appeared to me that the key of the matter could as well be letting the unknown do the job. If we drop definitions, laws, methods and rules, then finally the unknown has space to act through us. From there starts a whole new level of operating.

That is what I’d call the next level, Level 7. Beyond method, leaving behind the known and tap into the much-bigger-than-our-mind-can-grasp unknown.
I can testify that magic starts from there; it opens a new and exciting world of possibilities we can’t even fathom. Working with it is more than promising…If you can bear to be without rational explanation or understanding, that is…..