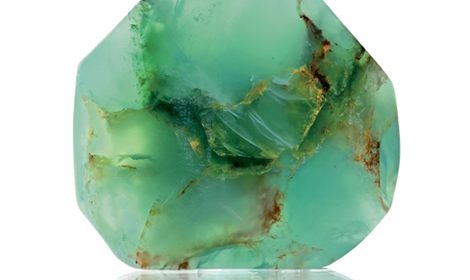 As blog posts from April 2016 (‘Not seeing the Elephant in the Room’ and ‘Surprise’) already explained in length: the context is of major importance and most often overlooked in case analysis. Context could also be understood as coherence (Cfr.’The Charm of Homeopathy’ & ‘The Post Graduate Annual 2006’): what elements in the case constitute a pattern? This is the question. Hence: when we leave it out or disregard it we end up with loose bits and pieces that each in themselves are meaningless and clear like sugar, butter, eggs and flour but by no means a cake.

The context simply means: who is saying what at what when and why? Simply.
Recently I showed a case of a 58 old woman with depression and some physical complaints. I asked the participants what impression she made on them. Answers varied from ‘friendly’, ‘submissive’, ‘sickly’, ‘chaotic’, ‘arrogant’, ‘impatient’ to ‘worn out’ and ‘desperate’, thereby displaying their own projections. The answer I was waiting for was ‘beautiful’. She was a natural beauty, with a flattering, special haircut and a gorgeous smile. Because we’re too busy dissecting her psychology we are blind for the very obvious. Another day a lawyer came in, wearing garden trousers and his hair in a ponytail. If the remedy he’ll leave the room with doesn’t explain this, we haven’t got the right one!
You’ve got the point.

Why is it so important? Because: if we first want to fine-tune the Kingdom-idea and then secondly, instead of wanting to commit suicide, when looking for smaller groups and finally finding ourselves left with the choice  between all creatures between heaven and hell, we’ll need  a firm grasp on the  context. It will for the time being the decisive factor.

Last blog I gave pointers to differentiate ‘2nd for 3rd Dimension cases’.
In de 2nd we don’t only have the Elements/Minerals as a possibility but also the Rocks and Stones, the Gems, the Bacteria, the Sarcodes and the Organic carbons. Maybe there are other groups to be distinguished but for these groups I can give some reliable hints.

The first question, after we are sure we need a 2nd Dimension Remedy obviously is whether it’s an Element or not. So far it’s easy: if we can boil down the whole case to one or two sentences or issues, we know we need either an element or a compound. (for instance: can’t live with him/can’t live without = Nat. mur; suddenly alone in the world, which is too much for me = Ozone; I’m too insecure to decide and start a study = Titanium) . If this is not the case: we need a remedy that is not on the Periodic Table.

If is still sounds very ‘Mineral like’, it probably is a mixture of elements, like Asbestos, Granite, Marble, Limestone, Mica, etc. In most of those cases the patient will exhibit issues of their compounds plus the signature of their remedy. The MM often brings the solution.

If it looks like a 2nd Dimension case but the patient seems so sensitive and the issues are rather emotional, we find ourselves in doubt between Mineral and Plant Kingdom. This in itself is an excellent pointer for a Gemstone! As a matter of fact I even consider this as the most trustworthy pointer so far. The patient behaves like a Mineral in the ‘matter of fact-ness’, the ‘down to earth ness’, the distance, the ‘cool’ outside but the content is nowhere to find on the Periodic Table. The issues are about feelings, without the patient displaying overt emotionality. They can even look a bit tough or hard on the outside, but the homeopath will discover a very soft inside.

Bacteria are a different story altogether. They have such a distinct state that one won’t doubt. The first impression they make again is a 2nd Dimension one; in the past his means the patient would have been squeezed in one of the boxes on the Periodic Table. Since they probably talked about their family and their work (since everybody does), we would have situated them somewhere on the 3rd of the 4th column, depending whether they dropped the word ‘friends’ or ‘money’. Next article I’ll go in to the characteristics of Bacteria, so that no one will ever miss one again!