The Healing Power of Illness 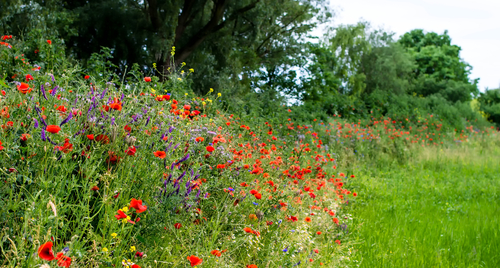 I remember having read many years ago the bestseller from Torwald Dethlefsen ‘The Healing Power of Illness’ and one statement in particular struck me, namely that no matter how much people we cure, the total amount of disease in the world stays the same. Whether this is true or not I can’t prove but the idea is against our unconscious believe that every cured person is one less and that the endeavor of all healers is aimed at freeing humanity from disease.
But are we really making progress….? Doesn’t it look like the more medicine is capable of controlling and curing epidemics and acute diseases, ‘new diseases’ flood in?
While all healers are devoting their life to heal as many  people as possible, could it be that Dethlefsen had a higher perspective and saw the bigger picture?

I use to remind students: “God isn’t sick!” It’s humanity that is ill because humanity believes in illness. As such, the total amount of illness is a reflection of our collective believes and will evolve accordingly. Now it seems that disease holds great potential, an opportunity we create to learn our life lessons. Disease confronts us with our deep-seated fears and unconscious convictions; in that sense they are a big help. We evolved from believing pain and disease are punishments from God.  Currently more and more people start to acknowledge the power of the free will. We come to understand the manifestation of our reality as a result of our thoughts.  In that sense we can imagine the total amount of disease diminish as we don’t need this kind of ‘help’ any longer…..

We have the choice to emphasize the individual or the collective aspect of our nature; in fact there is no fundamental split between those. What happens with one person happens to all and vice versa; there might be a difference in the level of awareness though.
I always wondered why so called developing countries have so much collective and acute diseases while the rich countries suffer mainly from individual, chronic diseases. The scientific mind will answer that it is all a matter of hygiene, which is beyond doubt a partial explanation. But maybe the strong collective bonds and commands under which the majority of developing country inhabitants live and the focus on physical survival don’t leave any choice but expressing symptoms on the physical body. The bodily awareness tends to be more acute and hence identification with the body is natural. The western version of physical awareness often expresses in an overemphasizing and controlling the bodily equilibrium and obsessing on diet, chemical processes and supplements, thus creating an oversensitive body going haywire with the least deviation. The fact that diets and the like work is because one gets what one beliefs. As a result the conviction that the slightest negligence or ‘error’ or even ‘sin’ will cause havoc is actually inviting the thing most feared. The universe is always ready and willing to give us what we belief is real….

Thinking along these lines I can picture our many modern diseases on the Energetic Level (Hormonal, Immunological, Neurological system) which we also call ‘civilization diseases’ show us how far we, as a collective in the West diverged from natural homeostasis in our more subtle bodies.

The level of the mind contains our unconscious convictions on reality, resulting in unhappiness and depression. These convictions are by definition false and not a result of unfortunate circumstances but rather the creators of them. Rajan Sakaran put this in one genial phrase ‘disease is delusion, awareness is cure’. I don’t think we can overestimate the truth and importance of this statement. The reason why he called it ‘delusions’ is because reality exists only in the mind and since we are created in the image and the likeness of God, it can’t be anything other than perfect. Sometimes I advise my patients tell God that He made a real mess of it, when they insist things are all wrong in their lives or in the world. And usually we then have a good laugh….

Homeopaths discern a level beyond the mind where contact with the divine essence is made, where one is totally OK, gets what one wants, loves what one gets and live in grace and gratitude.

The true healer always and in everyone sees the divine at work because there is nothing that can be not-god if he/she is omnipresent and all-that-is. We don’t have to like it, don’t have to agree or judge it (though we are free to do so I f we want). We have our personalities -even our souls have personalities- we have preferences and we can play the lead in our own movie, regardless which one we create. Isn’t that fun!? Let’s say: it could be fun…. but the movie tends to contain a lot of drama in the majority of the cases.

Homeopaths should meet het patient at the level where he is at, I think I stresses this repeatedly over the last few years. If the patient identifies and expresses mainly on the physical level: great! Homeopathy can do wonders for him. It is one of the most powerful, quickest, safest and cheapest healing systems on the planet (and a little reminder: the second most used as well) .

If he meets them on the mental-emotional level, that again is fantastic as the empathic homeopath is trained in listening on a deep level and has the understanding of each person’s uniqueness. Together with homeopathic medicines this is an extremely powerful mix!
If he meets the patient at his core, his sensation or his soul level, he perceives not only the beauty of the case but of the patient’s expression as well. This is what really makes my heart sing! Knowing the similimum can put the patient back in alignment with his divine essence where he experiences the joy, love and gratitude which is his original state, what can be more fulfilling?

We will probably hold on to out believe and necessity to create disease in our journeys, the movies where we play the main characters and maybe one day  the rol of illness will be over and removed from the script for new adventure for mankind.